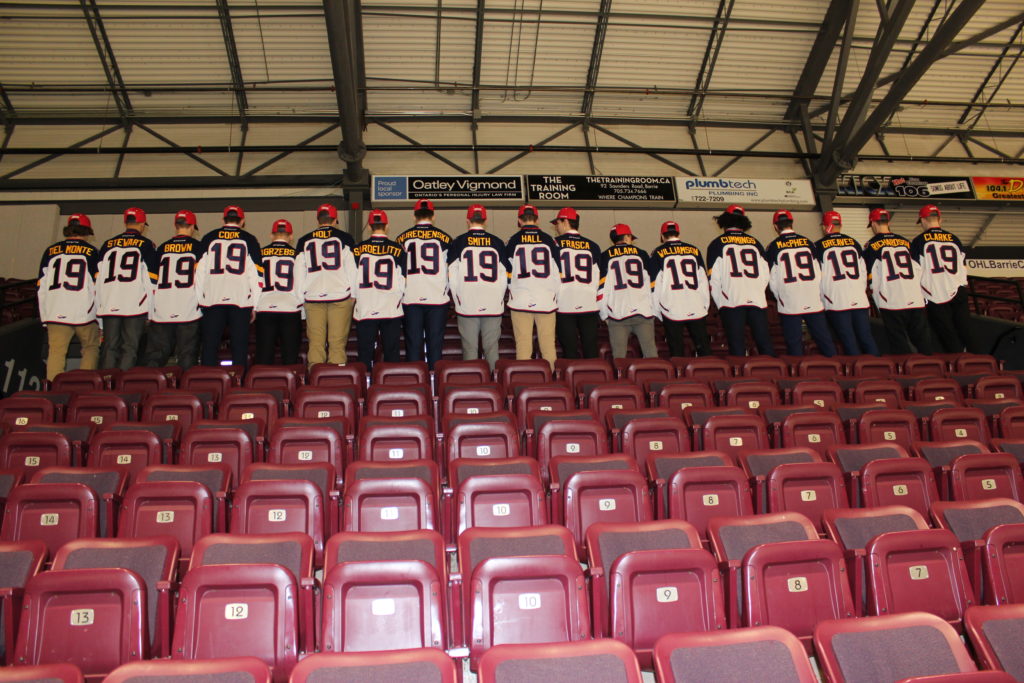 The 2019 Barrie Colts Development Camp took place this weekend at the Barrie Molson Centre.  All the draft picks from this year and last years draft were on the ice to give the management and coaching staff one last look before the offseason really begins.

The activities got started on Saturday afternoon with all the players showing up and being separated into two teams (Blue/White).  They would split up with one team going on the ice for a team practice, run by newly re-signed Head Coach, Dale Hawerchuk and Assistant Coach, Todd Miller.

They were run through drills that gave the coaches a good look at their speed, positioning and strength.  While one team was on the ice, the other was in the concourse working with the team Strength and Conditioning Coach, Jimmy Mcknight.  They were run through many off-ice drills to give the coaches an idea how fit the players are prior to main camp which happens at the end of the summer.

All five goalies invited to camp, had their own one hour training session on the ice with goaltending coaches as well.

Day one of the camp wrapped up with a dinner in the Horsepower Sports Bar and BBQ Grill with all the draft picks and their families.

Following dinner, all the 2019 draft pick (Priority selection and U-18 Draft) were presented with a jersey and a draft hat to officially welcome them to the organization.

Sunday morning was strictly a game.  Blue vs. White at 10:30am to see how these players stack up against one another in a game.

After the game, each player met individually with the coaching staff, for them to address what they want everyone to work on throughout the summer before they come to main camp which takes place at the end of the summer.