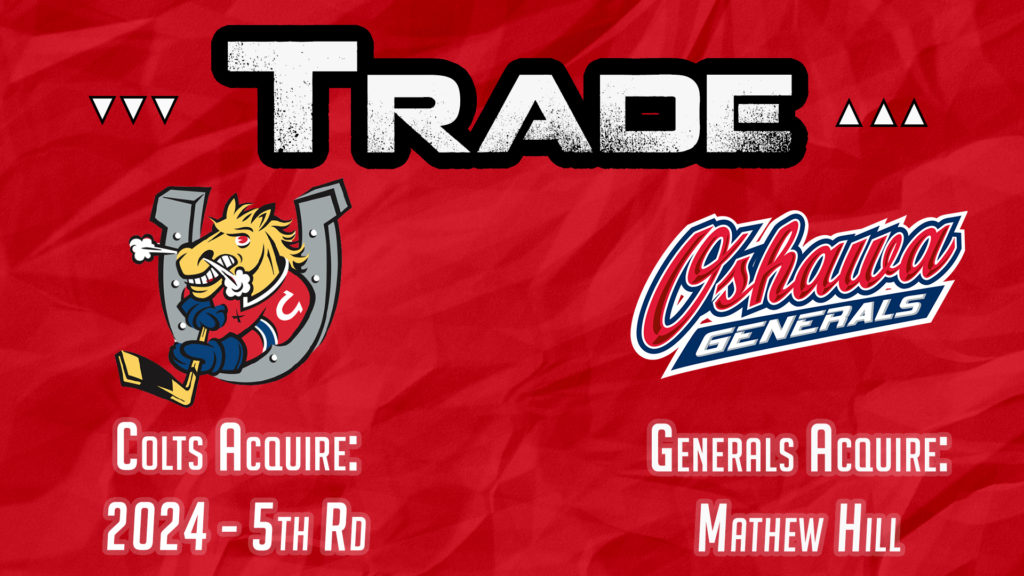 The Barrie Colts have announced the trade of Mathew Hill to the Oshawa Generals in exchange for a fifth-round draft pick in 2024.

Hill, originally drafted by the Colts in the 2017 OHL Priority Selection Draft 61st overall, has played his entire OHL career in Barrie. Over his entire Colts tenure, Hill has played in 158 games and recorded 25 career points. Hill was drafted in the 2019 NHL Draft 186th overall by the Anaheim Ducks.

“We would like to say thank you to Mathew and his family for his four years here in Barrie. Mathew came in as a young 16-year-old player and is leaving us a 20-year-old mature player. It’s always tough saying goodbye to a veteran player like Mathew but we wish him nothing but the best for him in Oshawa.” commented Head Coach & GM, Marty Williamson.