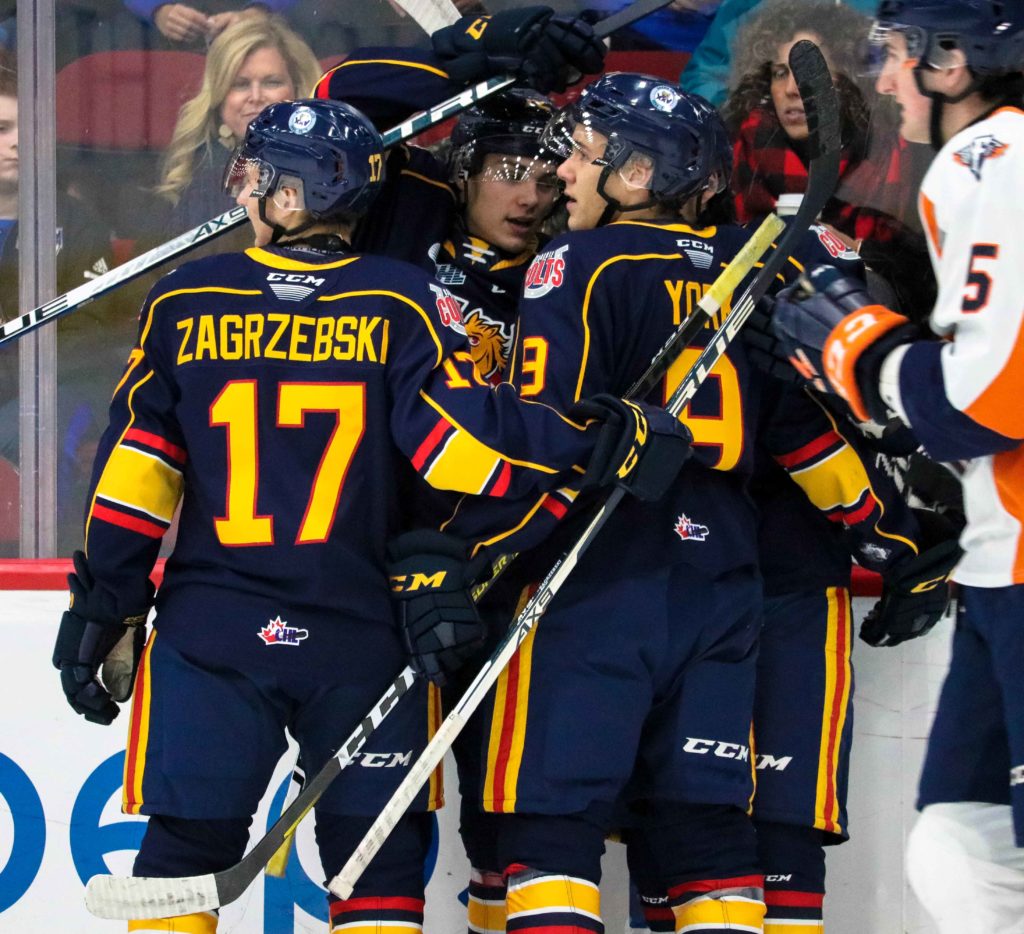 The first period was a big one for the Colts. It started with Riley Piercey scoring on a wrist shot from the low slot. Jacob Frasca and Tyler Tucker got the assists. Then, just over a minute later, it was Jacob Tortora finding the back of the net, with newly acquired Nicholas Porco and Ian Lemieux getting the assists. Just 36 seconds after that, it was overage forward Aidan Brown scoring, after walking around the Flint defenseman with a nice move. That would be it for Firebirds goaltender Anthony Popovich, who gave up three goals on five shots. Luke Cavallin would come in for relief, but just two shots later it was Victor Hadfield scoring, putting the Colts up 4-0. The four Colts goals came just three minutes and eight seconds apart. Flint got one back, on the penalty kill, with Jack Phibbs scoring. Assisted by Ty Dellandrea and Dennis Busby. The first frame came to a close with the Colts up 4-1.

The second period had great chances at both ends, and lots of penalties, but nobody scored.

In the third period it was Tyson Foerster scoring his 14th of the year, with Mathew Hill and Tyler Tucker getting the assists.

The Barrie Colts are back in action Saturday night as they host the Erie Otters.