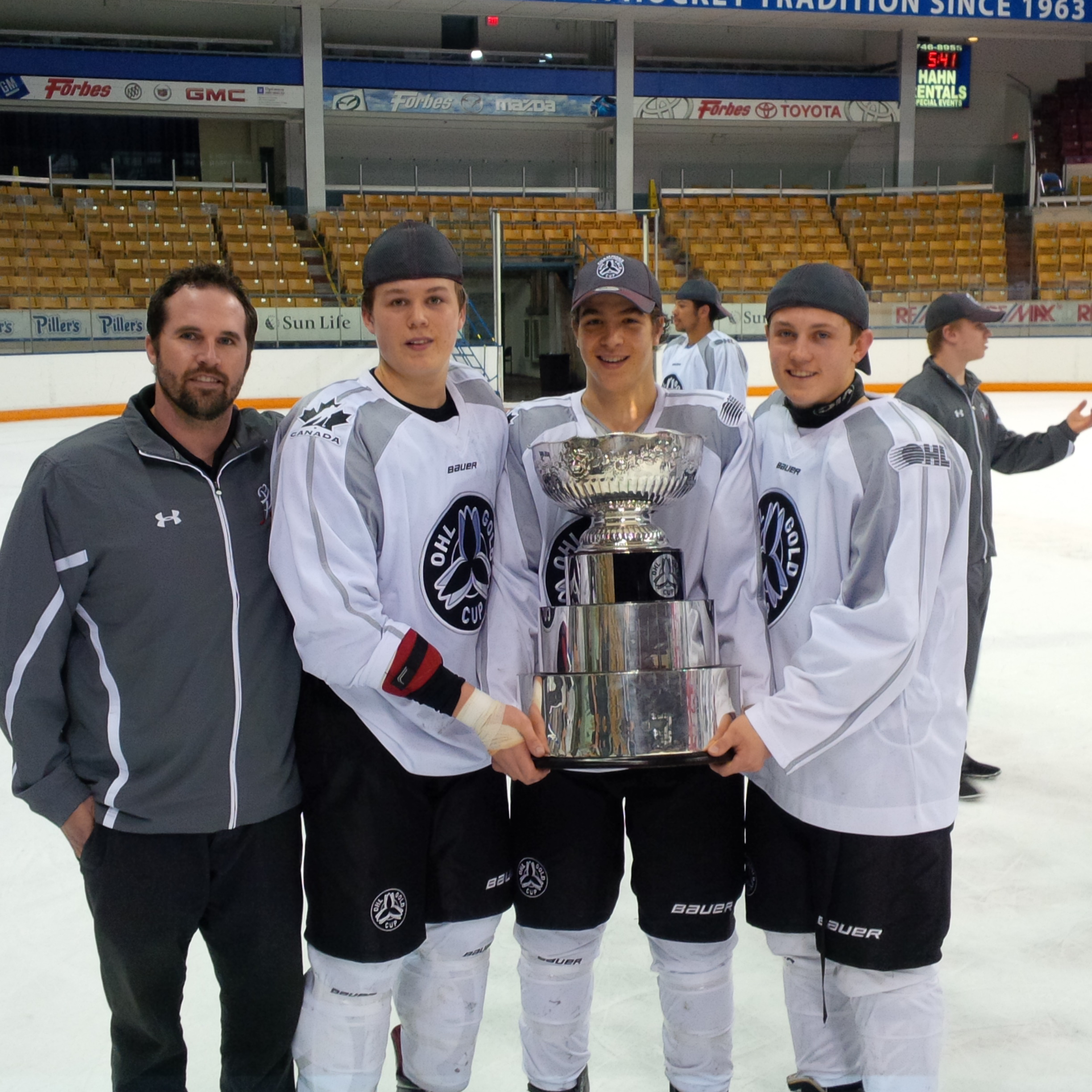 Team OMHA White are 2014 U16 OHL Gold Cup champions following a 5-2 victory over GTHL Blue to cap off the 20-game, eight-team showcase at the Kitchener Memorial Auditorium.

The lead extended to 2-0 in the middle frame when Plymouth Whalers prospect Rylee St. Onge scored at 4:31 of the second period.

OMHA White pulled away in the third period with two goals from a pair of Guelph Storm prospects to make it 4-0 including Latrell Harris’ game-winner just 23 seconds into the third period followed by Jake Payette’s tally at 2:01.

Both GTHL Blue goals were scored by Mississauga Steelheads’ first round pick Michael McLeod, while Barrie Colts’ prospect Matthew Brassard rounded out the scoring for OMHA White also adding one assist in the contest.

Peterborough Petes’ second round pick Dylan Wells picked up the win in goal with 31 saves, while Steelheads’ prospect Kasimir Krol stopped 32 shots despite the loss.

Also on Sunday, Team HEO wrapped up their tournament play with an 8-1 consolation round win over Team OMHA Black, and Team NOHA beat Team HNO 6-1 in the seventh place game.

The four-day annual event is created to feature Ontario’s top Under-16 talent and also serves as an evaluation and selection process for the Hockey Canada Program of Excellence.

The top players selected at this event will be among the 108 players invited from across Canada to the first national under-17 development camp to be held July 27 to August 5 in Calgary. From the camp, 66 players will be selected to represent Canada at the 2014 World Under-17 Hockey Challenge beginning October 31.

Close to 120 players chosen in the 2014 OHL Priority Selection competed in this year’s U16 OHL Gold Cup including 17 first round picks.