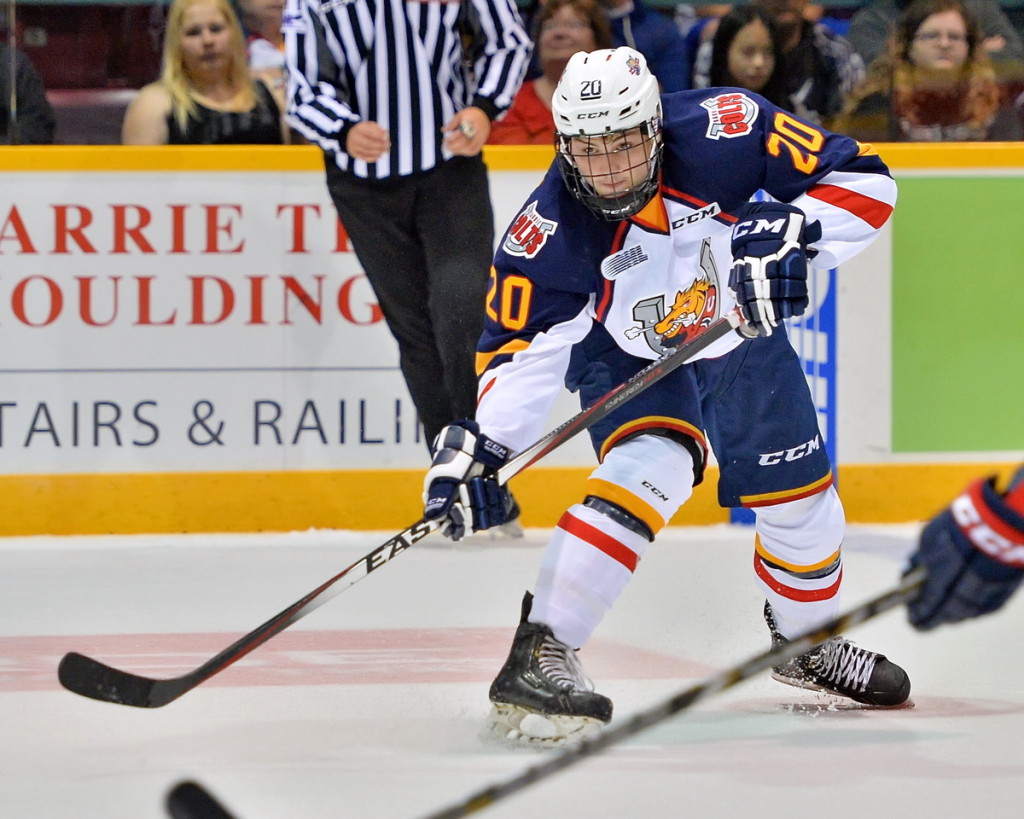 Carbonara was drafted by the Barrie Colts in the 10th round, 195th overall in 2013. The Maple, Ontario native played last season with the Vaughan Kings Midget AAA team where he registered 10 points in 10 games played.

“Adrian is a hard-working two way forward with a physical element and a good skill-set. He came into camp this year knowing what he had to do, and he fulfilled expectations,” said General Manager Jason Ford.

In the 2013 OHL Gold Cup, Carbonara finished fifth in team scoring with 2 goals, 2 assists for 4 points in 5 games played, on route to winning a silver medal with Team GTHL Royal.

“Adrian is a character kid with a good attitude and comes to the rink willing to work,” added Ford.

The 6’2”, 190lbs winger has appeared in three games this season with the Colts.